The Missing Link ~ From Joe Schmoe 2 Joe Status Quo ~ Where Did He Go?

1 Corinthians 9
To the weak I became as weak, that I might win the weak, I have become all things to all men that I might by all means save some. Now this I do for the gospel’s sake, that I might be partakers of it with you and so that after I have preached to others, I myself will not be disqualified…

Beware of priest craft and wresting the Scriptures.
Men have been crucifying the Son of Man to themselves afresh for generations and ages and frustrating the Plan of Redemption and the Kingdom for as many lifetimes as you may imagine may be possible with Christ.

John 21:25 And there are also many other things which Jesus did, the which, if they should be written every one, I suppose that even the world itself could not contain the books that should be written. Amen.

At any rate, whether this month means old sweaters and unusual humor to you with trees all aglow and frosty drinks in the snow, or menorahs all aglow and redecoration all in tow.
I wish you the very best of the Spirit’s blessings be with you and your family and loved ones all the year round. Remember those in bonds and prison as though with them and share all things in common with your fellow man.
Baruch atah Adonai hamvorakh l’olam va’ed
“Blessed be the l-rd who is blessed forever and ever.”

Malachi 1:5 You will see it with your own eyes and say, ‘Great is the L-rd—even beyond the borders of Israel!’

The only thing that remains for anyone with a conscience and a will to be, fulfill and succeed as a species, is but to turn, return and do.

D&C 84:53-59 And by this you may know the righteous from the wicked, and that the whole world groaneth under sin and darkness even now. And your minds in times past have been darkened because of unbelief, and because you have treated lightly the things you have received— Which vanity and unbelief have brought the whole church under condemnation. And this condemnation resteth upon the children of Zion, even all. And they shall remain under this condemnation until they repent and remember the new covenant, and the former commandments which I have given them, not only to say but to do according to that which I have written— That they may bring forth fruit meet for their Father’s kingdom; otherwise there remaineth a scourge and judgment to be poured out upon the children of Zion. For shall the children of the kingdom pollute my holy land? Verily, I say unto you, Nay.

My country ‘tis of He, How else can She be a sweet land of liberty, agree and sing?

Selfishness and egocentricity are ruining the nation. Only through self-sacrifice and virtue may She rebuild and reclaim a lost storied past.
Obviously, Military service was never about self-sacrifice. The training is good and all that but basically enlistment has always been for beggars who had nothing and no opportunity in the land of the same because people suck.
Quick! rally about a rich phony full of himself and baloney.

Or seek the real leader in the wilderness.

1 Kings 17:2
He will drink from the brook by the Way, therefore he shall lift up his head.

“Ye serve the Lord Christ.”—Colossians 3:24.
“O what choice order of officials was this word spoken? To kings who proudly boast a right divine? Ah, no! too often do they serve themselves or Satan, and forget the God whose sufferance permits them to wear their mimic majesty for their little hour. Speaks then the apostle to those so-called “right reverend fathers in God,” the bishops, or “the venerable the archdeacons”? No, indeed, Paul knew nothing of these mere inventions of man. Not even to pastors and teachers, or to the wealthy and esteemed among believers, was this word spoken, but to servants, ay, and to slaves. Among the toiling multitudes, the journeymen, the day labourers, the domestic servants, the drudges of the kitchen, the apostle found, as we find still, some of the Lord’s chosen, and to them he says, “Whatsoever ye do, do it heartily, as to the Lord, and not unto men; knowing that of the Lord ye shall receive the reward of the inheritance: for ye serve the Lord Christ.” This saying ennobles the weary routine of earthly employments and sheds a halo around the most humble occupations. To wash feet may be servile, but to wash His feet is royal work. To unloose the shoe-latchet is poor employ, but to unloose the great Master’s shoe is a princely privilege. The shop, the barn, the scullery, and the smithy become temples when men and women do all to the glory of God! Then “divine service” is not a thing of a few hours and a few places, but all life becomes holiness unto the Lord, and every place and thing, as consecrated as the tabernacle and its golden candlestick.”

CH Spurgeon
“Teach me, my God and King, in all things Thee to see;
And what I do in anything to do it as to Thee.
All may of Thee partake, nothing can be so mean,
Which with this tincture, for Thy sake, will not grow bright
and clean.
A servant with this clause makes drudgery divine;
Who sweeps a room, as for Thy laws, makes that and the action fine.” 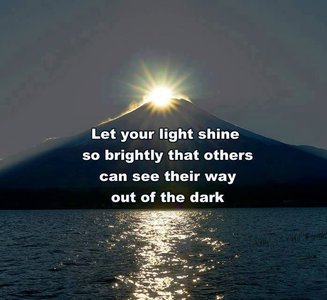 I'm a revelationist/prophestylist, and lover and servant of HaShem of Hosts.
View all posts by barzdovg666 →
This entry was posted in Uncategorized. Bookmark the permalink.
Loading Comments...
%d bloggers like this: