Crossing Words In Madness of the Passion

The apologetics of a young schmuck. 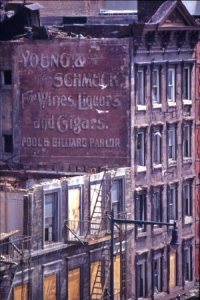 First and foremost, I would like to apologize for calling either Mr. Bush or Mr. Reagan, "the most lecherous" men ever…It is simply not true, and they do not deserve my outburst of frustration and horror no matter how due the latter may be on the subject which I meant to bring to light. I should never be given over to wallowing in the mire of slander and exaggeration to bring home a point.

Besides personally having known and liked either of these gentleman very much at one time, and feeling that either were gifted from above with attributes that made dealing with ugliness below very much less cumbersome and burdensome, when they act in a manner adulterous or "lecherous," and I wish I had used another word, they are usually doing that which they must in sacrifice for something greater and better for the whole but no less damnable and unpardonable.

It is what happens when greater men must ultimately come to grapple and have to deal with the less favorable and admirable agents of a society born at liberty’s privilege.

The point, however, I wished to bring home is a terrifying one indeed, much worse than the almost comedic sense of what having a lecher in the oval office might be; and in truth, I do not know that being so has not always been a prerequisite for the job!

Nevertheless, there I go again, being the young schmuck I may seem like when trying to be clever or funny. I am not as good a politician or man of the people as these men may be themselves. And indeed, a prophet may never be so, and must of necessity alway, be rather an outcast and embarrassment to the society and citizenry in which he finds himself. A badge of honour no man honourable should ever wish upon himself and no man ever did. It is by no means an office of great advantage and often one that brings a lot of hatred and malice upon the head of the agency already burdened with carrying about the judgments of an angry and indignant G-d. Having to reveal unpleasant facts and things to an world that would otherwise rather be taking a nap. But this is me, a young schmuck, who would rather not be doing what he must, but is resolved to see it through to the end.

If you have any idea what lunacy it is dealing with the wiles of the Enemy of all mankind, I think we should all be quicker to forgive even great offenses against "humanity’s" pride and well being.

Civilization having been from the start a very mad capped idea, and one which in better ages and generations, has been worth all the blood, sweat and tears it has cost us, but which in the end, always seems to leave us all wanting more than we have and lacking more than we need for the trouble it may be worth….For its greatness comes of madness, and its nobility of calamity.

Staying George’s "course" was by all means necessary an imperative of upholding Reagan’s genuinely gracious promises.

It is by no means an easy lot to be dealt from the hand of a queen insane to play for an kingdom even madder an be expected much of, when little and less is what they have the most need of! "Less is more…"

Its about growing pains of men and women, who were in all cases, more likable and whose company were more enjoyable when they were permitted to be young schmucks, thanks to the brilliance and sacrifices made by men of genius such as Mr Reagan and Mr. Bush.

Excusing neither, mind you, if I am to be a true representative of He who pardons not the least sin without great atoning sacrifices and shewing forth of penitence by those wayward souls what have transgressed His eternal covenant and brought shame upon our entirely worldly, and therefore much less esteemed worthy pageant here below, which is of course, the point of going so far astray in the first place, creating something enjoyable for great masses and numbers of souls mired and working toward a goal that seems ever out of reach and impossible but which we often find born of our folly and against our will even in a glorious moment and wink of an eye’s passage of time, in which we sit back and say of our pompous selves, "There, that is what I meant to have happened…Well done, old boy…" and pass out cigars for the joy of a man child born into the world, that in not but a moment again makes all the pain and sorrow of living and being part of a fallen society worth the discomfort a man may feel and endure locked up in prison, kept from family and loved ones he may have grown to loathe more than his exile, making the homecoming all the more unmanagable if not impossible for bitter spite’s sake, lest he be found to be untrue to the rhyme and reason he were cast out in the first place and undue the reward of faithfully adminstering the duties of an office none may recognize nor be grateful for but all are personally edified and bettered by on an eternal basis.

Often seeming a tale "told by an idiot," it is the glue that binds, the stuff that dreams, and the hand that rocks the cradle of humanity at work as three agents in One.

Alas! before I go meandering into poetic verse that shall certainly end in our being puffed up in some vanity of a young schmuck’s aspiration singular, let us quickly return to the hard truth and hurtful healing the gospel may bring us.

What I meant to condemn and run from as from the plagues and destruction of Sodom and Gomorah is what putting undue faith in man, princes or kings of this world may have us suffering in as little time as it may take to build up…and that suffering is not an eternal weight of glory but an equally lengthly stay of shame and condemnation.

As I’ve said in the past, let us proceed with caution and great trepidation into the unknown and beautiful birthing of that which shall overtake us all in the twinkling of an eye….

Never take too lightly the upraidings of your Creator whose mercy endureth for ever. But do, when you may, let it bring you down to the depths of humility and repentance which worketh your salvation and equally and more so, the salvation of all mankind.

More important to me than risking the ramifications of slander, was crushing the delusions of a people who need not depend upon such to free them from the vanity of believing in freedom won and thereby turning men into monsters much more hateful than lechers and ourselves less worthy by affirmation of a confirmation never made nor attested to.

Now they knew not that Amulek could know of their designs. But as they began to question him, he perceived their thoughts, and he said unto them: O ye wicked and perverse generation, ye lawyers and hypocrites, for ye are laying the foundations of the devil; for ye are laying traps and snares to catch the holy ones of God.
Ye are laying plans to pervert the ways of the righteous, and to bring down the wrath of God upon your heads, even to the utter destruction of this people.
Yea, well did Mosiah say, who was our last king, when he was about to deliver up the kingdom, having no one to confer it upon, causing that this people should be governed by their own voices—yea, well did he say that if the time should come that the voice of this people should choose iniquity, that is, if the time should come that this people should fall into transgression, they would be ripe for destruction.
And now I say unto you that well doth the Lord judge of your iniquities; well doth he cry unto this people, by the voice of his angels: Repent ye, repent, for the kingdom of heaven is at hand.
Yea, well doth he cry, by the voice of his angels that: I will come down among my people, with equity and justice in my hands.
Yea, and I say unto you that if it were not for the prayers of the righteous, who are now in the land, that ye would even now be visited with utter destruction; yet it would not be by flood, as were the people in the days of Noah, but it would be by fire.
But it is by the prayers of the righteous that ye are spared; now therefore, if ye will cast out the righteous from among you then will not the Lord stay his hand; but in his fierce anger he will come out against you; then ye shall be smitten by famine, and by pestilence, and by the sword; and the time is soon at hand except ye repent.

1Cr 13:9-13   For we know in part, and we prophesy in part.
But when that which is perfect is come, then that which is in part shall be done away.
When I was a child, I spake as a child, I understood as a child, I thought as a child: but when I became a man, I put away childish things.
For now we see through a glass, darkly; but then face to face: now I know in part; but then shall I know even as also I am known.
And now abideth faith, hope, charity, these three; but the greatest of these is charity.