Mat 5:38-41 ¶ Ye have heard that it hath been said, An eye for an eye, and a tooth for a tooth:
But I say unto you, That ye resist not evil: but whosoever shall smite thee on thy right cheek, turn to him the other also.
And if any man will sue thee at the law, and take away thy coat, let him have thy cloke also.
And whosoever shall compel thee to go a mile, go with him twain.

”’Do not resist an evil doer,’ says it all: the proper response to painful political realities is quietism, noninvolvement, and long suffering.

…Jesus was not counseling passivity. Those to whom Jesus was speaking were not people with social or political power, but those who lacked it. He was not speaking to the abusers, but to the subjects of abuse…Jesus is not making a general statement, he was speaking specifically to those whose social, economic, and political standing make them walking targets of humiliation and abusive power. And what he is telling his poor and powerless hearers is how to exercise power even when they are overpowered. 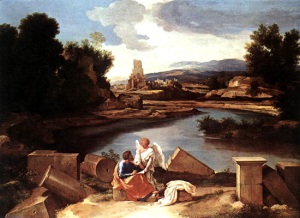 [Take verse 39] A blow to the right cheek implies a left handed strike. Yet the left hand in Jesus’ society was thought to be unclean; using it to initiate an action was considered taboo. And when in Matthew 25 Jesus describes the lot of those condemned by their refusal to help those in need, he places them at G-d’s left hand.

…Jesus counseled no resignation and passivity, but definite action, to offer the other cheek. Why? Because by taking an action, the powerless and the oppressed became more than victims; they became the actors who asserted their somebodyness. By turning the other cheek they took back their dignity and refused to be defined by those in power. Instead, they defined themselves, and their self-definition was this: that they were not inferior beings, and they would not perpetuate that fiction by hanging their heads. Rather, their voluntary submission to additional insult said ‘Strike me again if you like, insult me again, but I no longer care what you think of me. I now define myself.’

…to take back their dignity and their power. [And]no longer acknowledge the thoughts of those who assailed them, the myth of the assailant’s superiority was derailed and the whole edifice of their power was brought into question.”

Exd 22:25-26 ¶ If thou lend money to any of my people that is poor by thee, thou shalt not be to him as an usurer, neither shalt thou lay upon him usury.
If thou at all take thy neighbour’s raiment to pledge, thou shalt deliver it unto him by that the sun goeth down: 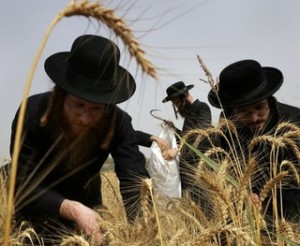 “[Jesus} communicated [in Matthew 5:40] that their plight was not just an unfortunate unfolding of the natural scheme of things; it was unjust and against the Law of G-d. By Jesus’ time, lending for interest to fellow Jews in need had become big business. Yet the bible had unequivocal laws forbidding it. Exodus 22:25 is quite specific on the matter: ’If you lend money to my people , to the poor among you, you shall not deal with them as a creditor; you shall not exact interest from them. ‘

…the whole business of lending for profit was a transgression in the sight of G-d. That meant both the riches and the poverty that resulted from such a sinful practice…To be poor while others are rich, to have to pay to borrow what should be freely lent, if not freely given, is not the way of G-d’s Kingdom.

Jesus’ second point to his hearers was that they should not passively comply with unjust practices. Rather than accept the unjust status quo, they should protest the injustice of forced impoverishment. That is what ‘give them your cloak as well’ means. Telling those in power ‘Take it all, even my undergarments’ is a public critique of a system that shows itself willing to strip people of all that they own in favor of those who have more than they. But ‘Take my cloak as well’ is also an assertion of personal agency. It declares, ‘You cannot exercise your power by taking it from me because I have already exercised my power by giving it to you.’

‘If anyone forces you to go one mile with them, go also the second mile’ has given us the popular saying ‘Go the extra mile….’

…[Jesus] is referring to angareia, a practice under Roman law that allowed a soldier to force a Jewish subject to carry the soldier’s load for up to one mile. Angareia was yet another humiliating Roman practice from which no Jew was safe. It was the cause of bitter resentment.

…he was not telling his listeners to try to win the soldier’s hearts with kindness. He was telling them how to turn a humiliating situation into an assertion of their own power and humanity-that by choosing to bear a load for another mile they announced that they were not beasts of burden. They were engaging in an act of self-determination: they were doing what they themselves had decided. As a result they … reclaimed their dignity from what could have been a pure public humiliation.

‘a commitment to respect the sacredness of each person, whatever their class or role, while maintaining a resolute determination to overcome all forms of domination.’

Its goal is to attain justice in order to have true peace. It is an act of ‘keeping track of the other’s humanity’….while fighting their injustice.

That doesn’t mean that one is not to resist injustice fiercely. Passive resistance is not

mean passivity; nor is it cowardice. It is a deep commitment to changing the world around us

without sacrificing any measure of our [dignity.]

As such, it does not seek to avoid conflict or to shrink from the responsibility of taking sides. After all, oppression and freedom, evil and justice will always be in conflict, passive resistance actively seeks conflict and intensifies in order to lay bare the workings of injustice.

…In other words, rather than being rendered simply as ‘Do not resist an evil doer,’ Matthew 5:39 should more accurately be understood as meaning ‘Do not violently resist evil.’ Therefore, what Jesus taught his followers was that they should not resist evil by resorting to violence. In other words, they should not fight evil with evil, violence with violence; they should not diminish their own [dignity] by mimicking their oppressors’ [abominable behaviour.] Telling his followers not to resist at all in the same context in which he prescribes resistance strategies makes no sense at all. Jesus’ teaching of nonviolent resistance had a secondary purpose as well, to prevent the violent backlash and retaliation that surely would result from violent resistance.

So in this passage Jesus was not just teaching personal morality, he was telling his listeners how they could use their meager power to resist assaults on their [dignity] by those who lorded over them. Realizing that they did not have military might, Jesus was telling his hearers to use the power they did have.

*Find a creative alternative to violence

*Assert your own doignity as a person

*Meet force with ridicule or humour

*Break the cycle of humiliation

*Refuse to submit to or to accept the inferior position

*Expose the injustice of the system

*Take control of the power dynamic

*Shame the opponent into repentance

*Recognize your own power

*Be willing to suffer rather than retaliate

*Force the oppressor to see you in a new light

*Be willing to undergo the penalty for breaking unjust laws

*Die to fear of the old order and its rules

~The Politics of Jesus by Obery M. Hendricks, Jr.